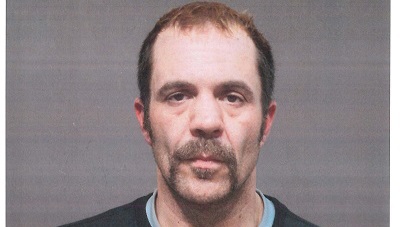 SALMON ARM, BC: Police in Salmon Arm are ask for the public’s help in locating Caleb Gerbrandt, 40, and his two daughters Eliyah, 14, and Avery Gerbrandt, 13.

Caleb Gerbrandt along with his two daughters went missing from Gerbrandt’s home in Salmon Arm on January 21, 2022, and are believed to be in the Lower Mainland or Vancouver Island area.

Caleb has recently been charged for sexual interference and sexual assault on a minor, and both daughters were to be staying at their grandparent’s residence in Salmon Arm.

To date, police and family have not been able to make contact with Caleb, Eliyah, or Avery.

S/Sgt. Scott West Detachment Commander of the Salmon Arm RCMP states, “We believe that Caleb is actively evading police. He is required to abide by a curfew and be inside his Salmon Arm residence every night, a condition which he is now breaching. A warrant has now been issued for his arrest.”

Caleb and his daughters are believed to be traveling in a 2006 Grey Dodge Grand Caravan bearing BC license plate NE961N, and may possibly be heading to the Vancouver or Vancouver Island area.

This photo is a stock photo supplied from the RCMP. The vehicle associated to this file looks identical to the one shown. – PJXM News

Salmon Arm RCMP is asking anyone who has any information which may help to locate Caleb, Eliyah or Avery to call their local police or the Salmon Arm RCMP at 250-832-6044.