UPDATE: As of Nov 4, 2019… Despite an extensive ground and air search in the Buck Flats area by various RCMP units and local Search and Rescue teams, Laureen has not yet been found.

The investigation by the Houston RCMP is progressing with assistance from Smithers RCMP, North District Regional General Investigations Services, and North District Major Crime Unit. The search is active and ongoing and investigators are considering the possibility that Laureen may have left Houston.

The RCMP would like to ask motorists having dash camera in their vehicle who travelled along the Buck Flats Road area, to please review your footage from October 28, 2019 between 10 a.m. to 6 p.m. for a possible sighting of Laureen.

HOUSTON, BC: Police in Houston continue to search for Laureen Fabian, who was last seen on Monday October 28, 2019, as she departed her rural Houston home at around 12:30 PM for a hike. 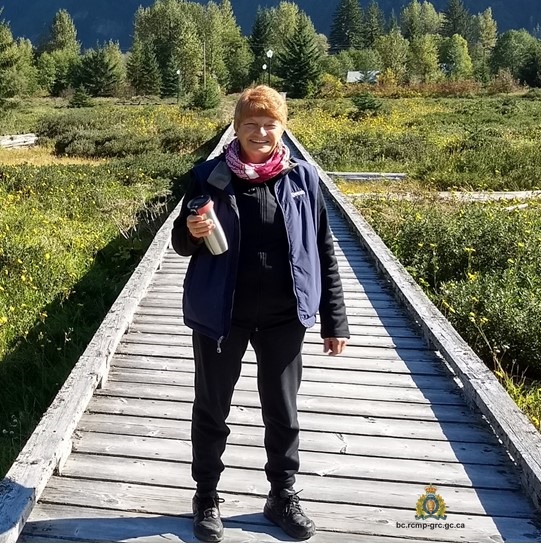 The missing person’s police investigation remains active and ongoing, being led by Houston RCMP, as investigators speak with the missing woman’s neighbours, family members and associates.

RCMP would like to remind anyone with any information on the whereabouts of Laureen Fabian is urged to contact their local police, or remain anonymous by calling Crime Stoppers at 1-800-222-8477.

Written and released by BC RCMP.