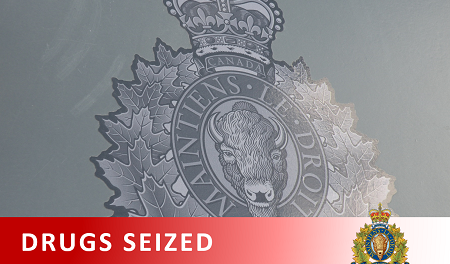 DAWSON CREEK, BC: A Dawson Creek woman was arrested on Monday following a Search Warrant…

Police say officers conducted a Controlled Drugs and Substances Act warrant at an unknown address in the city and arrested one female inside the home.

Police seized cash, drug paraphernalia, a prohibited firearm, and a quantity of drugs believed to be Cocaine, Meth, Hash, Fentynal, Oxycodone and Heroin.

The woman was released with a court date.