SUMMERLAND, BC: Drivers are advised that Highway 97 has reopened to traffic in both directions, following a lengthy closure due to rock slides and continued slope movement.

The southbound slow lane, which is closest to the slope above the highway, will remain closed until further notice. This will allow ministry staff to monitor the slope for any additional movement as temperatures continue to warm. 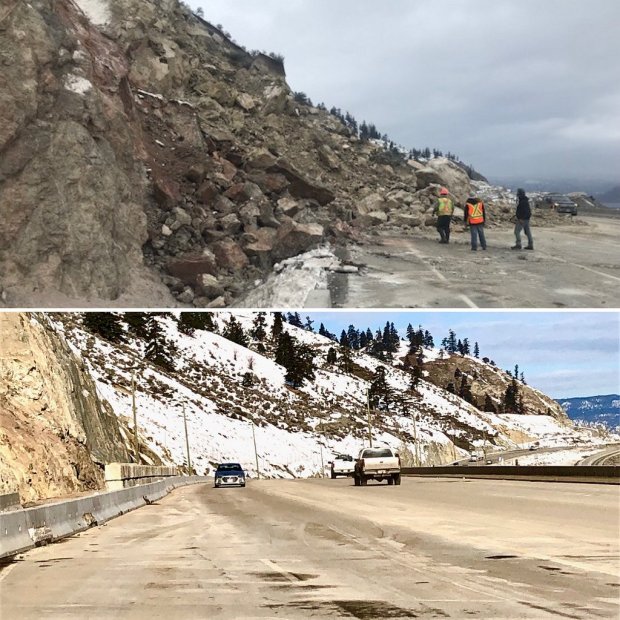 A 90 km/h speed limit will initially be in place.

On Jan. 31, 2019, a significant rock slide occurred on the slope above Highway 97, approximately two kilometres north of Summerland. At first, the highway remained open to traffic. However, more slope activity and rock fall at the site caused a complete closure of the highway on Feb. 2.

Ministry staff, geotechnical engineers, contracted rock scalers and maintenance contractor Argo Road Maintenance worked continuously to assess the slope and remove material when it was safe to do so.

More than 20,000 cubic metres of rock and debris were removed from the site.

The ministry appreciates the patience of all travellers while the work to safely reopen Highway 97 was taking place.

Released by: BC Government.