QUESNEL, BC: A man is in custody following a single vehicle crash Sunday afternoon in Quesnel… 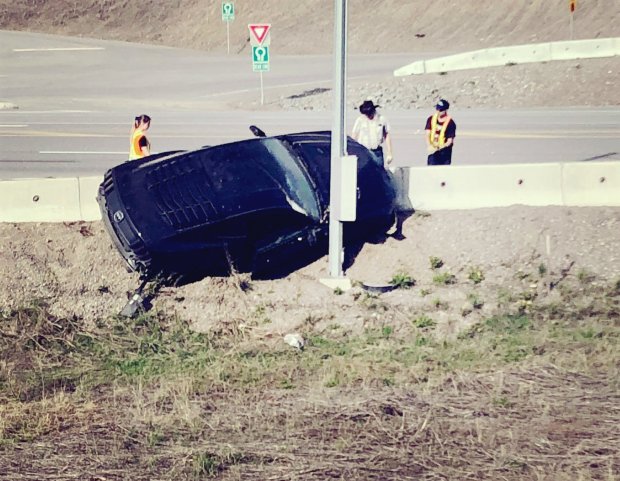 A 50 year-old Quesnel man is in custody following an impaired driving incident that damaged this car. No one else was involved. Photo: K. Pilkington/FACEBOOK

Two off-duty RCMP officers located the damaged Mustang between the ditch and barriers along Sales Road at Highway 97.

Investigation has revealed the driver of the vehicle failed to negotiate the turn onto Highway 97 from Sales Road and struck the concrete no-post and ended up in the ditch.

The driver, a 50 year-old Quesnel man, was detained for investigation of impaired operation of a motor vehicle and was transported to Hospital with what are believed to be minor injuries sustained from the collision.

The investigation into this matter is still ongoing. Anyone with information about this matter who has not already spoken with investigators is asked to call the Quesnel RCMP Detachment at (250) 992-9211.