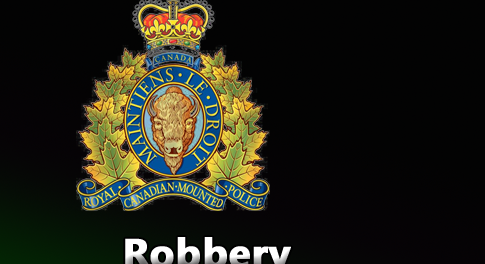 Police say on Monday, October 24, 2016 at approximately 12:06 AM, officers responded to a report of a robbery in the area of 11507 99th Street parking lot. A male victim reported he was attacked by a male and female who he had offered a ride.

The victim was choked and threatened with a weapon but managed to flee the vehicle. The two suspects fled in the victim’s vehicle along with some of his personal property. Police located the stolen vehicle a short time later, however, the suspects fled.

The male suspect is described as:

The female suspect is described as:

Police are asking if you have knowledge of this incident, or witnessed any of the unfolding events, please contact Grande Prairie RCMP at 1-780-830-5701. Should you wish to remain anonymous, you can contact Crime Stoppers by phone at 1.800.222.8477 (TIPS).